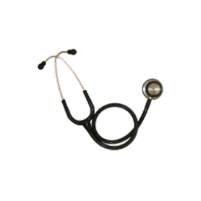 The shortness of breath from emphysema becomes progressively worse if not treated. Abul Azad, MD, and Najiib Azad, DO, at CPI Physicians are experts in developing an individualized treatment that relieves symptoms and helps you stay well. By the time you develop symptoms of emphysema, your lungs are already damaged, so don’t wait to schedule an appointment. Call the office in Albany, New York, or book an appointment online.

Emphysema is a lung condition that falls under the umbrella term of chronic obstructive pulmonary disease (COPD). The two main types of COPD are emphysema and chronic bronchitis.

Emphysema is a chronic lung disease in which the air sacs become enlarged and damaged. Air sacs are at the end of thousands of small tubes in your lungs called bronchioles.

When the air sacs are damaged, they can’t support the bronchial tubes. As a result, the tubes collapse, which traps air inside the lungs and makes it difficult to breathe.

Smoking is the top cause of emphysema. As smoke destroys the delicate tissues in air sacs, it also irritates the airways, and then the airways become swollen and filled with mucus.

Although not as common as smoking, long-term exposure to other noxious gases at home and work can also cause emphysema.

What are the symptoms of emphysema?

Patients often don’t develop symptoms until half or more of their lung tissue has been destroyed. Even then, symptoms tend to develop gradually. When your symptoms start, you may experience:

Once symptoms develop, call CPI Physicians for an examination. Early treatment can help stop your emphysema from getting worse.

How do you treat emphysema?

The doctors at CPI Physicians can perform a pulmonary function test — one of the most important tests for diagnosing emphysema — in the office so you don’t have to worry about traveling to another facility.

Once your doctor has diagnosed emphysema, your customized treatment plan focuses on slowing disease progression and keeping your airways open. Your treatment may include one or more of the following:

When your condition is severe and doesn’t respond to treatment, your doctor may talk with you about a surgery called lung reduction surgery to remove damaged tissue. But not all emphysema patients are good candidates for surgery.

If you develop shortness of breath or a persistent cough, call CPI Physicians or book an appointment online.